Papillion La Vista South High School presents its spring musical, Footloose, April 29-May 1, 2022. Shows will be 7:00pm April 29, 12:00pm and 7:00pm April 30, and 2:00pm May 1. Tickets are sold on showtix4u.com
The show is performed with two sets of leads. Each set of leads, playing roles Ren McCormick and Ariel Moore, will play one evening show and one matinee.


The cast performs the Act I finale. 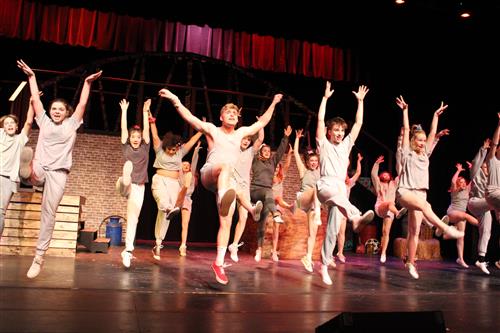 Brayden Hicks as Ren leads the cast in the Act I finale. 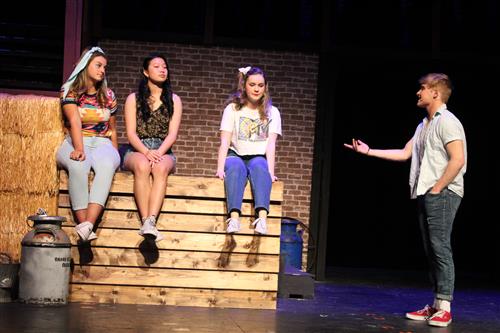 Brayden Hicks as Ren talks to Madi Sheets as Urleen, Katie Nguyen as Wendy Jo, and Charlie Anderson as Rusty. 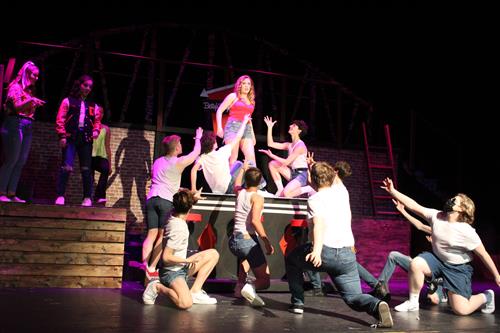 Delaney Bernth and cast perform musical number Holding Out for a Hero. 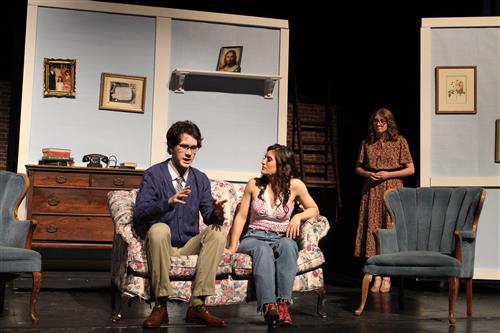 Gaby Miranda as Ariel listens to Austin Delotelle as her father the Reverend Shaw Moore while Rebecca Moore as mother Vi Moore looks on. 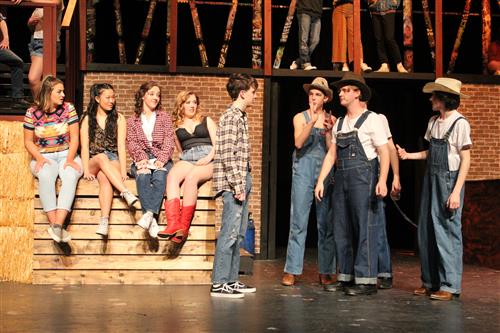 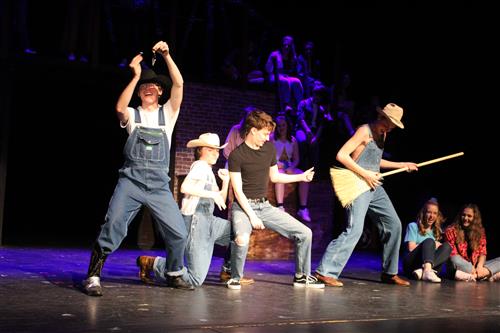 Henry Vote as Ren McCormick jams with the cast as he explains his love of dance. 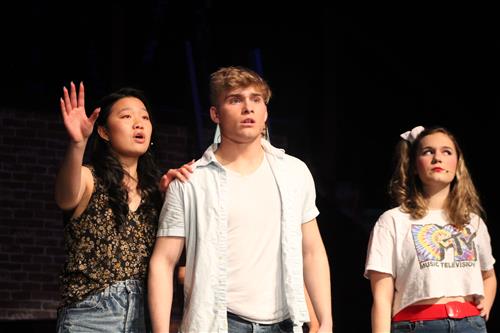 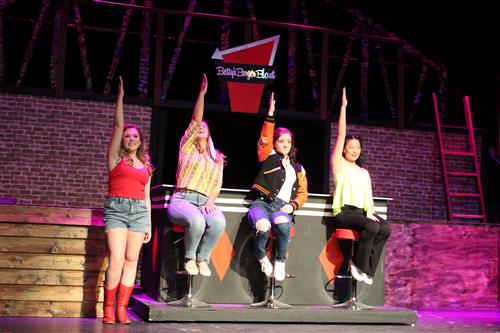 L-R, Delaney Bernth as Ariel, Madi Sheets as Urleen, Laine Cunningham as Rusty, and Katie Nguyen as Wendy Jo strike a pose after singing Holding Out for a Hero 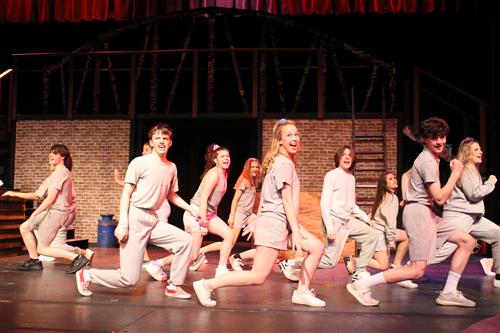 Henry Vote (Ren), L, leads the cast in the Act I finale.